A parallel chord truss is different from most other timber frame trusses in that it is not triangular in shape. They have a rectangular design, with the top and bottom chords (the long straight elements of the truss) strengthened and spaced by intermediate elements called webs. There are different configuration options for the webs as far as how many are diagonal and how many are vertical.

Parallel chord trusses, also called girder trusses, are often used to support traditional trusses, rafters or purlins. They are extremely strong, so they can often span longer distances than traditional trusses. They are a good solution when trying to span a distance without needing a central supporting post. With this type of truss, the top chord is always in compression, and the bottom chord is always in tension. The webs might be in either tension or compression depending on their angle.

Parallel chord trusses, like other truss types, are also used in conventional framing. But there is nothing so strong and attractive as a parallel chord truss made of heavy timber and assembled with traditional mortise and tenon joinery. 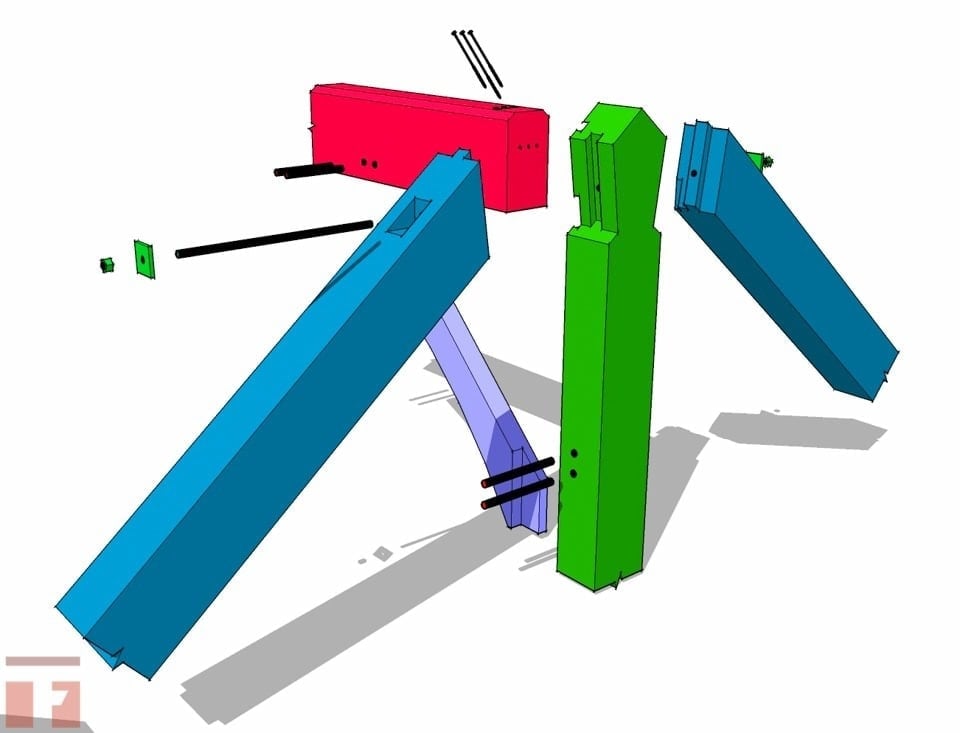 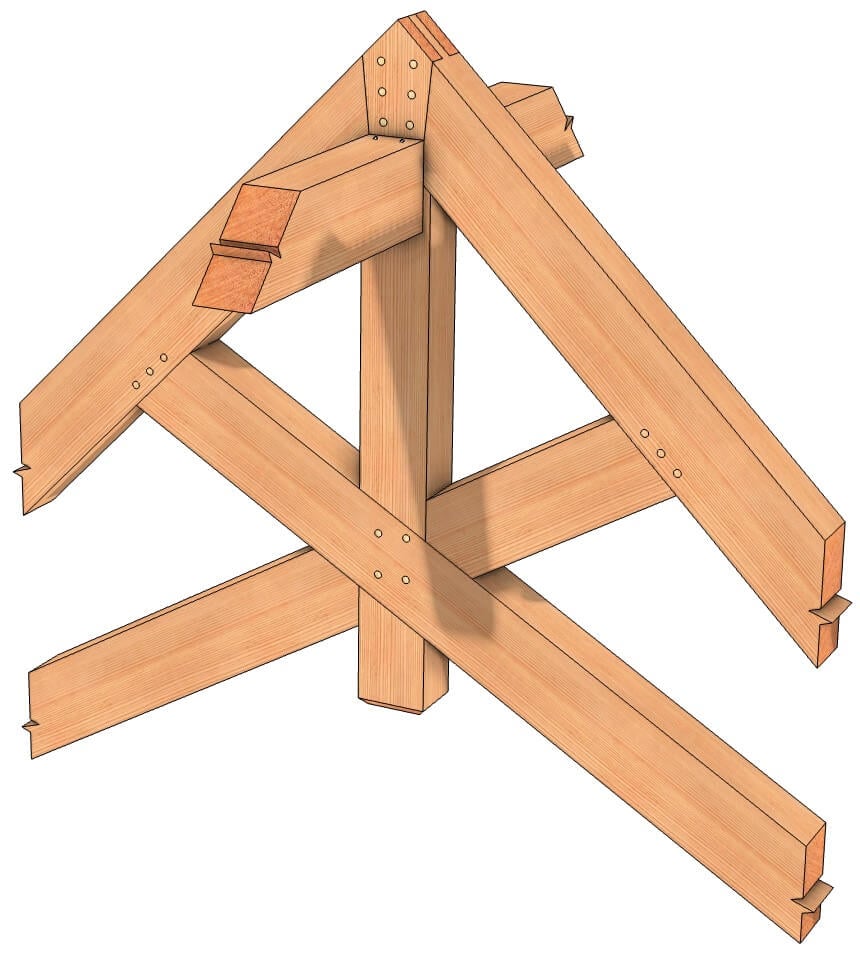 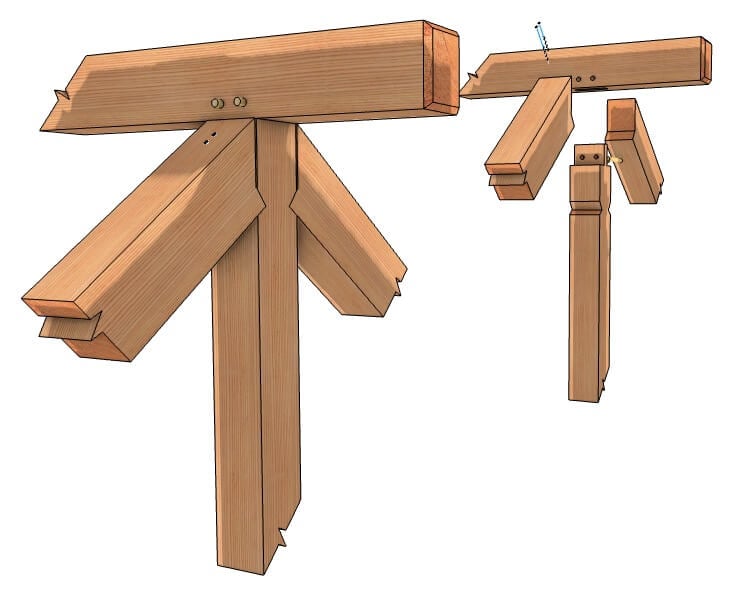 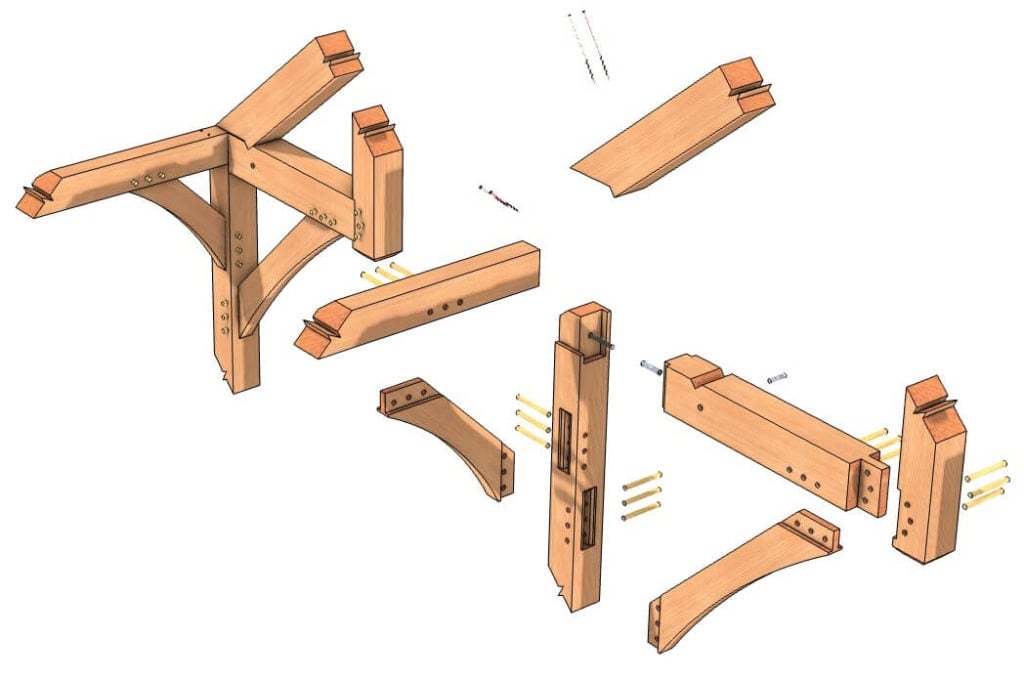 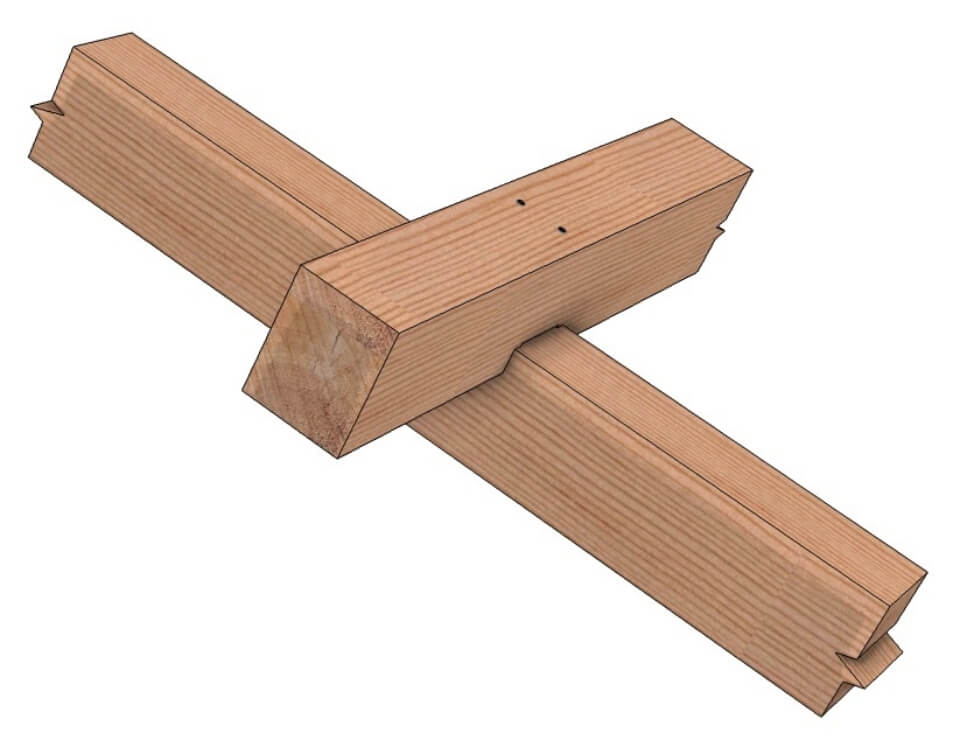 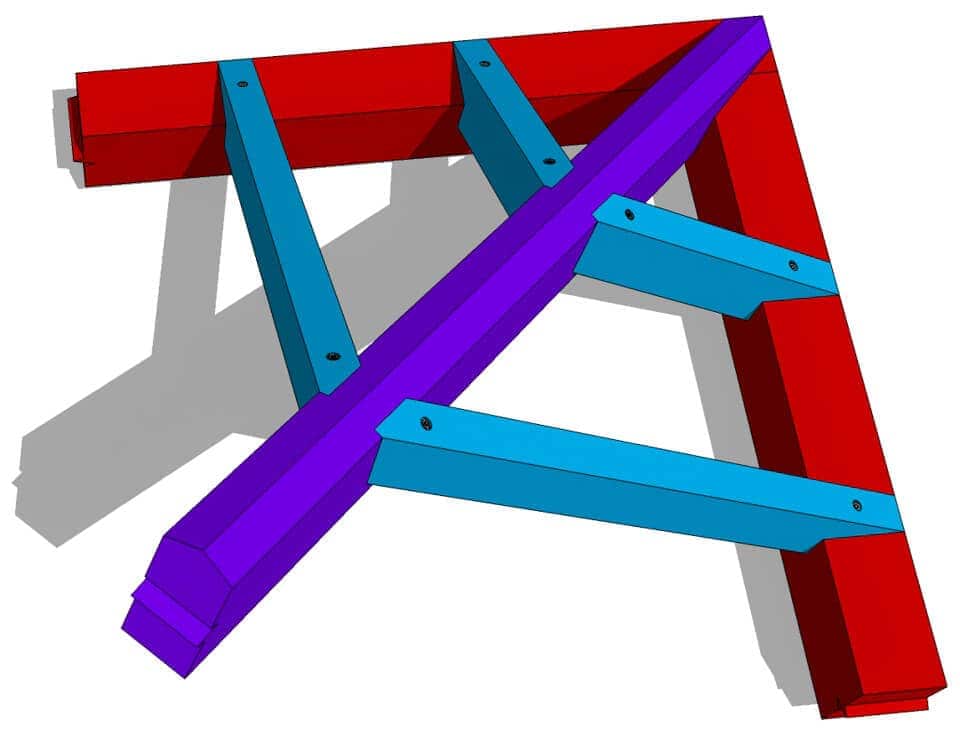