A hammer truss is an often-requested type of truss because of its mesmerizing beauty. However, hammer trusses can be problematic to engineers because they may be structurally awkward, and the members of a hammer truss assembly are often subject to significant shear.

Beyond the beauty of a hammer truss, they do have the advantage of being able to span larger distances with shorter timbers. In this example, we illustrate a hammer truss assembly that has been designed to counteract some of the issues often associated with this type of construction.

To further beautify and strengthen this truss, knee braces connect between the jowled post and the hammer beam. Collar ties and more bracing continue the strengthening. And the lowest purlin is tied into the jowled post as well. Speaking of the jowled poist, this term refers to the thickened top shape of the post. It adds character, but the true purpose is to allow room for all that joinery cut into it. 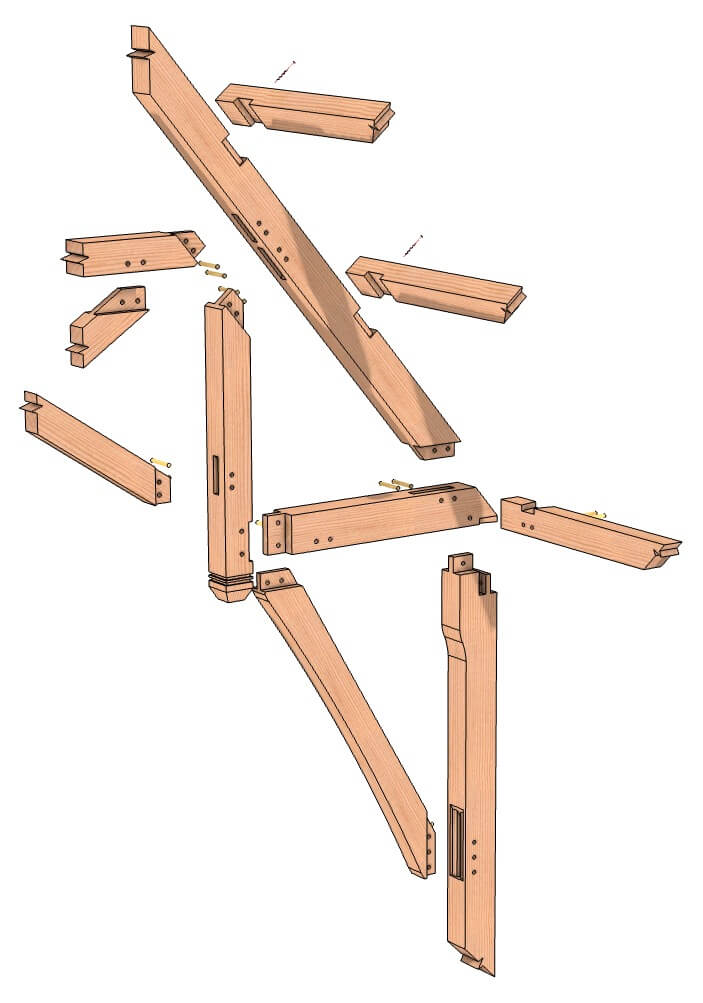