What is the difference between timber framing and post and beam? Many people have a hard time distinguishing between the two methods of building with heavy timbers.  Primarily the difference is with the connections.

Both timber frame and post and beam construction utilize durable heavy timbers, as opposed to dimensional lumber that can be purchased from any lumber yard. Dimensional lumber has been cut to pre-defined, standard sizes such as 2x4’s, etc. The heavy timbers used in both post and beam and timber frame are much larger and generally remain exposed in the building, creating an honest expression of the structure and giving it a sturdy appearance. When it is designed and constructed with care and skill, the beauty of the frame itself creates the artistic character of the building. The organic beauty of wood is celebrated in the exposed timberwork whether post and beam or timber frame. 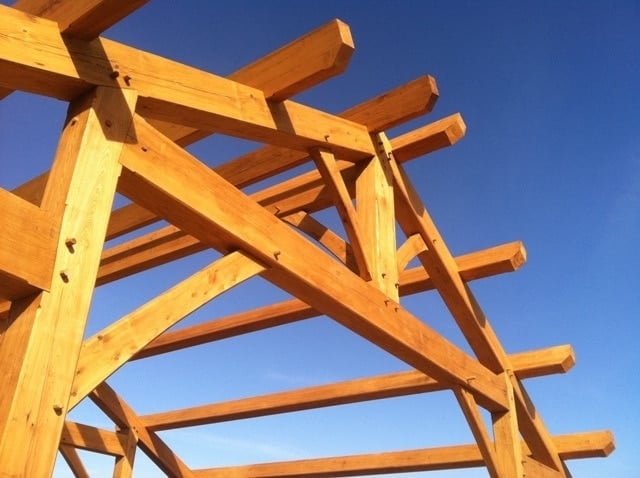 Both timber framing and post and beam are construction methods in which the structural frame is self-supporting and carries the weight of the house. This means that for both methods interior load-bearing walls are unnecessary, which makes possible large open interior spaces and high vaulted ceilings. When the frame is left exposed (as it usually is), an organic beauty enhances the building. Both types of frames are usually prefabricated in a sheltered environment, then labeled and delivered to the job site where they can be quickly raised.

Both timber framing and post and beam are examples of sustainable construction. Quite often the wood in these frames is reused from existing structures, or harvested from standing dead forests. And because of how the timbers are assembled, they can be disassembled and repurposed in a future building.

The main difference between these two systems is the way the timbers are joined. Timber framing dates back to medieval times, and there are structures built then that are still standing today. Timber frames utilize traditional joinery such as mortise and tenons. They incorporate very few metal parts - mainly hidden structural screws where absolutely necessary, such as securing rafters to a ridge.  In post and beam buildings the timbers are usually connected with metal fasteners and connectors, which can either be hidden or decorative.

Post and beam usually use half-lap joinery. The fasteners securing the timbers may be hidden within connections or exposed and decorative. Timber Frame uses mortise and tenons, scarf joints, spline joints, and other joinery secured with wooden pegs. The cost of skilled labor to cut and fit the joints is much higher in a timber frame home than a post and beam.  However, the metal connectors in a post and beam building can be a  significant cost factor.

The raising (erecting)  process is different for a timber frame than for a post and beam building. The sections of the timber frame are assembled on the ground and then erected, individually, until the entire framework is completed. With post & beam construction, the frame is built from the ground up, with the parts being added on top of each other. 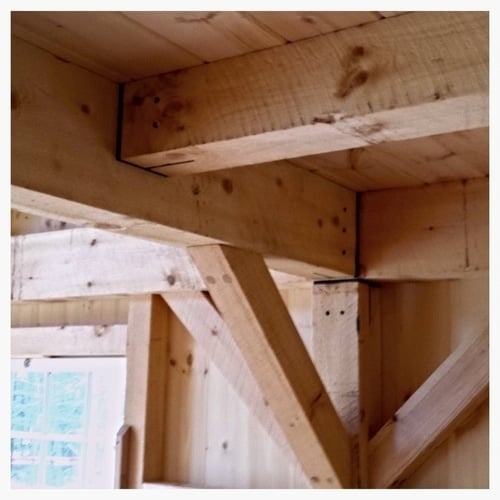 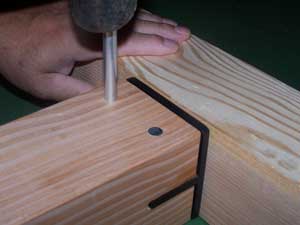 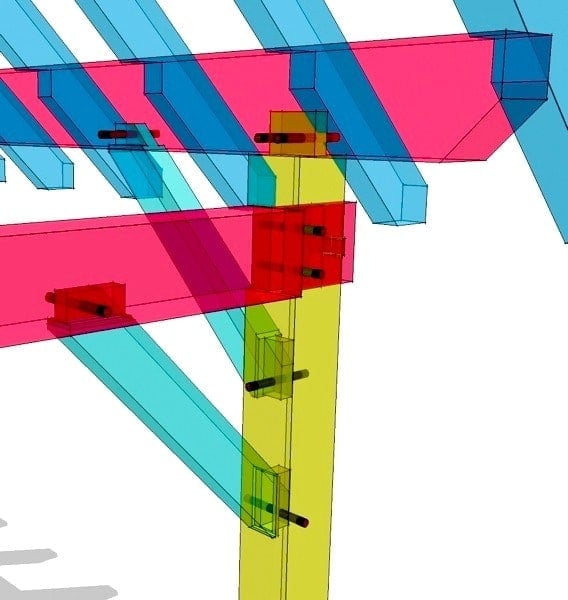 Timber framing is a construction method used for centuries by our forefathers, and they brought to the  United States the skills they developed in Europe and elsewhere (Japan, for instance). These craftsmen use traditional methods of wood joinery to piece together large, usually squared timbers.  The connections are carved, usually by hand,  to join every piece of wood by interlocking.  An example of such a connection is a mortise and tenon joint. When the connection is made, it is usually with wooden pegs because the use of metal is not usually practiced with timber framing. The pegs are visible at the joints, and seeing them is a good indication that a structure is timber-framed. Cutting and fitting the traditional joinery is time-consuming and requires a high skill level.  There are schools that offer courses to teach these methods such as the ones found here.

Post and Beam, in contrast to timber framing, does not involve mortise and tenon joinery. This method of framing also uses heavy timbers, however, the connections are much less complicated; fasteners in the form of metal screws, bolts and plates are used to connect the timber pieces. Sometimes the connections are reinforced and decorated with metal plates. Other times the connectors are hidden so the structures look very similar to timber framed structures, except without visible pegs. These simpler connections usually require less time to craft. A business like Simpson Strong Tie offers plates and bracing that provide a functional solution in their Architectural Connector product line.

One company to offer an alternative to both framing with mortise and tenon,  and framing with angle/corner bracing or steel plates is Rothoblaas, with their connector system.Most of the Rothoblaas connectors are of the hidden variety.

Rothoblaas has some extruded aluminum connectors that require no special skills to install, as well as well as a wide range of other connectors for your project.  Due to their experience internationally, Rothoblaas has created simple connections that balance the art of timber framing with the modern developments of post and beam.  With Rothoblaas, it is not necessary to spend the time and learn the skills needed for traditional methods. And the large metal plates and corner bracing common in post and beam construction are not necessary with these connectors.  Framing with Rothoblaas post and beam connectors presents a viable alternative with a minimal metal look that is engineer-approved  and cost effective.  Plans utilizing these connectors are available at from us here and you can find the connectors in our online shop. 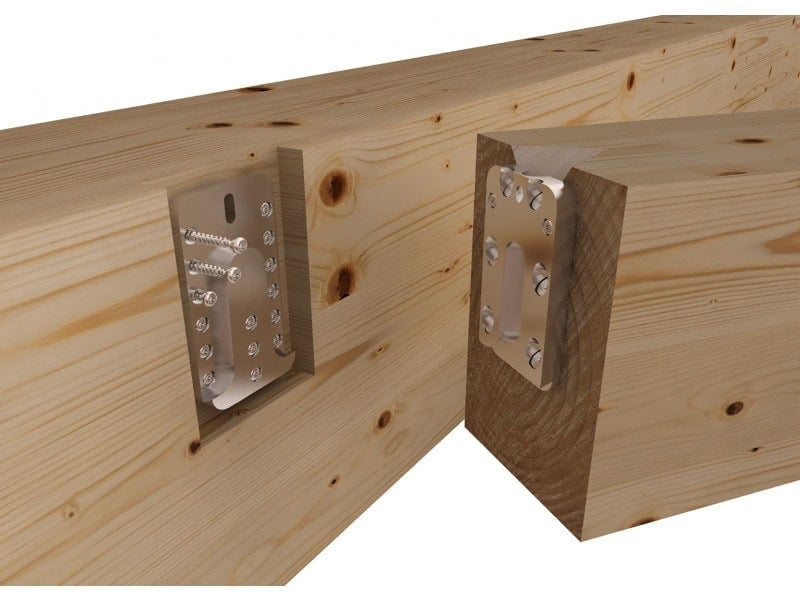 In conclusion, building with larger timbers encourages personal design choices, showcasing either a handmade and rustic look, or a sleek and more modern appearance.