Silt fences, often referred to as filter fences, are temporary barriers used to control sediment during construction. Using a silt fence is popular because they’re simple and cheap to build and maintain. 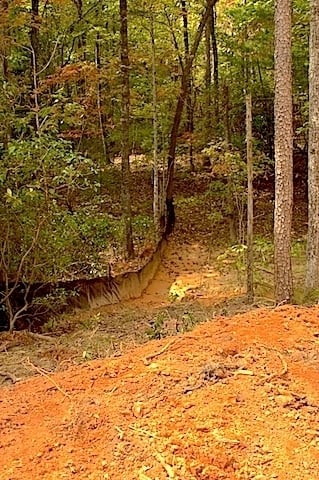 Construction will often cause the soil on a worksite to loosen, and the loosened soil can contaminate nearby water, including rivers and lakes, as stormwater runoff. Such overspill can be particularly harmful if it includes pesticides, fertilizers or other chemicals. Silt fences are not an infallible technique in this regard, but they are able to prevent a substantial amount of runoff with very little relative cost or effort.

Construction sites tend to be in a transitive state, which means that developing permanent sediment and erosion controls would not yet be practical. Silt fences, however, are able to go up and be effective without having any lasting effect on the land on which it’s built. As mentioned, these fences are also very inexpensive, and much of the material can be recovered for future use.

3. The are cost-effective and durable.

Silt fences are temporary in that they’re easy to tear down, but they’re also quite durable. The basic design has a lot of give, which allows it to stand up to severe weather and about one cubic foot of water flow per second. Silt fences will usually last at least six months or so and can last considerably longer with regular maintenance, such as patching the fabric. When taking steps to preserve the local environment, the last thing you want to do is provide the potential for further harm. Silt fences are generally built using natural wood and geotextile fabrics. Those fabrics and any fasteners used can also be 100-percent biodegradable, which means no harm is done if any of it is left behind.

5. Silt fences may be the law.

In most parts of the country, local governments have regulations in place that require developers and contractors to use silt fences and other similar measures when within a certain distance of water, including the ocean. Builders should always check local codes and build silt fences when that code requires them, regardless of how significant a problem runoff seems at the time. Failure to comply can result in substantial fines and penalties.

Silt fences are highly effective when used appropriately, but it’s often necessary to combine them with sediment basins, sediment traps and even erosion controls in order to achieve maximum effect